Four years ago, within an hour of giving birth, I latched a tiny baby boy onto my breast and he began to nurse. At that moment I had planned on nursing 6 months, if I could make it that long.

And then when he was 8 months old, I got a positive pregnancy test, and I wondered if we would be able to nurse through the pregnancy. And I had aversions and I didn’t want to nurse my little boy. But he needed me. So we nursed. And we nursed through toe curling, awful feelings of being touched out. We nursed through my milk drying up completely. We nursed as my colostrum came in.

And then his baby sister was born. And within an hour of giving birth to her I latched her tiny angry mouth onto my breast, and she calmed down and opened her big eyes and nursed. And it was hard. We nursed through a lip tie, and we nursed with mastitis. We nursed through ductal thrush that lasted months. We nursed through a bleb that became a rock, and after I removed it with a sterile needle and it bled, we nursed. I nursed them two at a time. I nursed them one after the other. I nursed at Disneyland and at the grocery store and in the ergo. Some days I felt like there was always someone latched. So hungry. So thirsty. So drained of everything. But we nursed.
And then when my baby girl was 10 months old I got another positive pregnancy test. And I was pregnant and I nursed two children. And I nursed through morning sickness, and extreme fatigue. I nursed as my milk dried up and my body was working hard to grow a baby.

And then I lost that baby. And I delivered his sleeping body and I put one drop of breastmilk in his tiny little 17 week old mouth.
When I came home from the hospital I nursed my big girl and held her and breathed in her sweet sweaty head, wet with my tears as I mourned her baby brother’s death. She eagerly nursed as my milk came in, a couple days later, a gift from my still baby.

And then it was time to wean my oldest. And we weaned slowly and it took a long time. We weaned gently and through many tears every time his little sister got to latch and he didn’t. We weaned with rocking in our rocking chair and singing “Somewhere Over the Rainbow” together. We weaned by kissing booboos instead of nursing through them. We weaned while I nursed his little sister and we counted and learned our ABCs.
And then I got another positive pregnancy test. And I nursed my second born. I nursed her on days when I hadn’t eaten, and on days where I was throwing up constantly. I nursed her in between appointments with specialists and physical therapists. I nursed her as my milk dried up and my belly grew. I nursed her through prenatal appointments and in the backyard.

And then her baby sister was born. My third living child. And within an hour of her birth she latched on to my breast and looked at me with one eye, like Popeye. Her tired sleepy face suckling to comfort as she adjusted to her new surroundings. And when we got home from the hospital I nursed her and her big sister on the rocking chair. And they nursed through engorgement and cracks. I nursed my screaming new baby seconds after her tongue tie was released by the ENT. And we nursed in hotels and on the couch while we read books to big siblings. We nursed in the shower and on our big family bed. We nursed through 23 clogged ducts in 4 months. And still we nurse. And right now I’m nursing. Always nursing.

It’s been 4 years straight of nursing. My longest break from nursing was 48 hours. I have tandem nursed for 18 months. I have loved it. I have hated it. It has been exciting. It has been mundane.

But most of all– it’s been wonderful. Here’s to many more years of cuddling, nurturing, being close… And nursing.
———–
This post is dedicated to all 4 of my babies, and also to their papa. Without whom I would never have had the support it takes to nurse.
I also want to thank the women who have inspired me to nurse to full term, tandem, and through tough times. Ashley who answered my late night nursing questions with Captain when he was a newborn. My mother in law Christina, who always has a glass of water waiting for me when I nurse around her and introduced me to the concept of nursing past infancy. My own mother, who wanted to nurse longer than she did, so she encouraged me to continue. Serena Tremblay, whose story kept me nursing through hospitalization, and inspires me still today. And to the many women in nursing support groups online, but especially to those in VCNM who introduced me to the concept of tandem nursing. 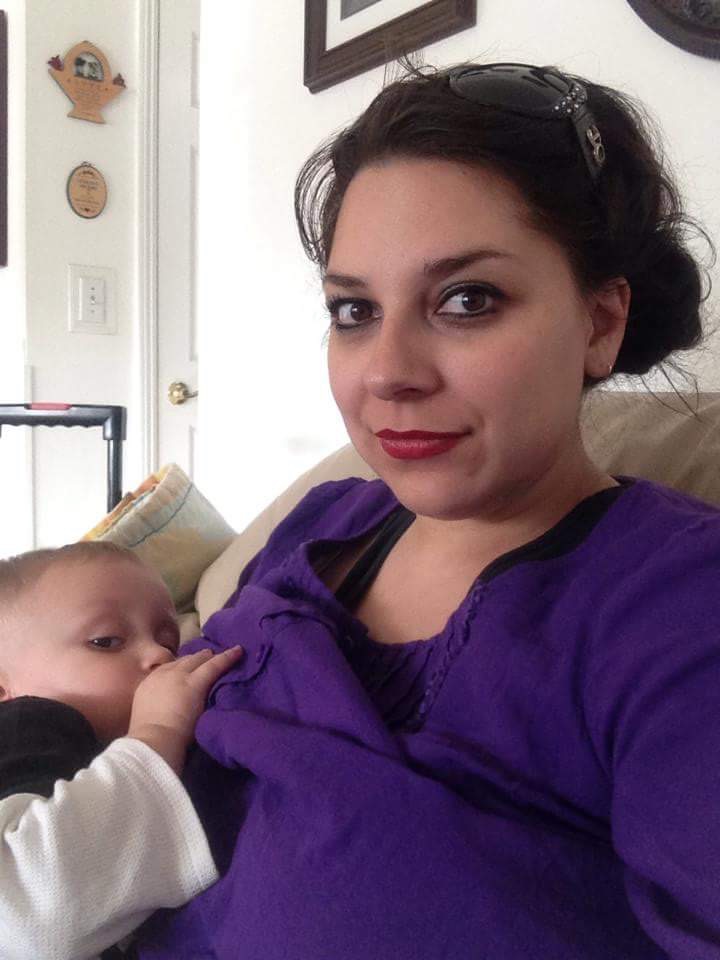 Jumping on that chaffle bandwagon
Another day, another low carb pancake. This one has almond flour, coconut flour, Vega protein powder, 2 eggs, dash of whole milk, and cinnamon. Topped with @lakanto syrup, PB, 1 strawberry, and a few raspberries from the farm we live on. Oh, and of course: whipped cream 🤤
When you have a long day lined up with multiple visits for the next day, you pre-set that coffee maker the night before. 😴 #thisisfostercare
I love going over the top for Valentine’s Day breakfast for my kiddos, but this year with limited mobility and energy, I was fretting over how to pull something fun off. Thank goodness for Trader Joe’s GF freezer waffles and heart shaped cookie cutters! The kids loved it and my 4 year old said it was the “best breakfast ever!” 😭😍 Just goes to show you, your kids aren’t going to care if you made them decadent chocolate crepes or plain toast, they are going to care that you made the effort to make it special! Happy Valentine’s Day to all and especially my fellow spoonie moms just trying to make it through the day!