This isn’t a typical post for me, because it doesn’t relate to parenting specifically, but this is a big deal for me, and has really affected every aspect of my life!

One year ago today, I received a call from my doctor, telling me that after years of vomiting, chronic anemia, crippling anxiety, and lots and lots of blood tests, specialists, and dead ends, that we finally had a diagnosis after an endoscopy: Celiac Disease. I was in shock on the other end of the phone as he congratulated me for not giving up and advocating for myself to seek what was wrong with me, and said that a nutritionist would follow up with me. I had never been a big bread eater, and to someone who just thought of white bread when someone said “gluten” I knew I had a lot to learn.

I’m fairly sure my Celiac Disease was triggered by my second pregnancy. During Mamita’s pregnancy I was SICK. And not just your typical morning sickness, we are talking vomit every day, stomach cramps that woke me up and had me in the bath at 2am for hours, unable to eat real food for days at a time until I delivered her at 41 weeks. While there was a slight improvement stomach-wise after she was born, I was tired all the time, and more than typical mom tired.

Then I got pregnant with Ezra, and once again, my body was thrown for a loop. I was going to bed at 8pm, and waking up 11 hours later totally exhausted. While I didn’t vomit as much, I was generally ick feeling and unwell.

During Peachy’s pregnancy, it was back to full blown misery. Vomit, cramping, migraines, anemia, and some of the worst anxiety I have ever had started then. But this time, after I delivered her, the symptoms did not decrease. I was often moaning and groaning on the couch, or writing with nausea on the floor. It became typical for me to just randomly wake up at 3am vomiting. I remember one time being so weak that I couldn’t get up off the bathroom floor, and I began pounding on the bathroom door for Milkman to come get me Zofran to stop the vomiting and help me back into bed.

During this time, I saw endocrinologists, rheumatologists, had scores of blood tests, and ran into lots of “we don’t know what’s wrong with you. Are you sure it’s not in your head?” Scenarios. I was thankfully diagnosed with hashimotos hypothyroidism during this time and for on thyroid medication which helped mildly, but still, the nausea was only getting worse and I was more sickly than ever. I became extremely paranoid, and Milkman was afraid I would become an agoraphobic shut in, as even the thought of getting in the car made me worry we would be killed. I insisted on the kids sleeping in our room, and I checked them for breathing constantly in their sleep, I even checked my husband all night. I became terrified to eat at restaurants, always convinced I would be poisoned and vomit more. Food became my enemy, and I ate foods based on how to minimize my pain when they would come back up. I ate a LOT of crackers because everyone knows crackers calm your stomach, right? Well, except when you are celiac and don’t know it, then those gluteny crackers just poison you slowly.

By the time I got to the endoscopy, I was expecting anything but celiac disease. My grandfather, aunt, and two cousins all had celiac disease, but I didn’t think of myself as a gluten consumer, so I didn’t even consider it as a possibility. After my diagnosis by endoscopy and a follow up blood test to confirm, my celiac friend in Oregon and google became two of my biggest resources in wading through the new waters of my diagnosis. Suddenly, I began to realize that gluten was everywhere. It was in soy sauce, canned chili beans, and even in regular oatmeal. Barley, rye, and wheat became my enemies, and looking for ingredients in the store to check for things like malt or barley syrup turned a typical grocery trip into a long distance marathon. Then I learned about cross contamination. Oh my goodness, was that ever depressing. I was skeptical of cross contamination, right up until I was glutened horribly by gluten free pasta at Macaroni Grill while out of town. I was out of commission for a solid week with vomiting, stomach cramps, extreme fatigue and migraines. No more eating corn tortilla chips or French fries at restaurants because they are fried in the same fryers as gluten breaded items, no more trusting any sauces blindly when out and about, and everywhere I eat asking people to change their gloves. 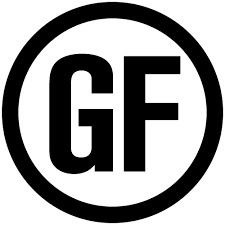 Life changed drastically in our home. Just 7 months earlier we had stopped making meat a regular part of our meals, as I had begun to associate vomiting with meat. (Something I still have yet to recover from. This pregnancy, I have had a few cravings for red meat and crispy bacon, but we still have not gone back to regular carnivorism, as I associate it too much with feeling ill). My sweet husband voted to make our home a gluten free zone to make our kitchen a safe place for me to eat. This means my husband and children have given up peanut butter and jelly sandwiches, good pasta, burritos, and chewy pizza dough. They will enjoy gluten when out of our home, but never in our home. It’s been an incredible sacrifice.

Within a month, the regular nausea all but disappeared. Within 2 months, my anxiety just began melting away. I could breathe easier. I no longer lived in fear about irrational things (like airplanes flying overhead, which was such an awful anxiety that I would make the kids run inside with me when a plane came into view!), I could enjoy food again, I was able to check my children a few times less each night for breathing. Life didn’t seem quite so dismal anymore.

This pregnancy has been markedly different. After spending other pregnancies so very ill, I have struggled with normal first trimester morning sickness this time, and nausea or aversions here and there, but it’s been incredibly normal. I lost weight with my previous pregnancies from vomiting the entire time, and this time I’ve gained (which, let’s be real, I’m not totally pleased with, but it just shows how much more normal of a pregnancy this has been compared to my others!) I’ve needed IV fluids only a few times, as opposed to regular trips to receive bags of saline from extreme dehydration, and have had only a couple of migraines.

My life is drastically different from what it was a year ago, and I’ve gotta say, though I miss things like dark beer, croissants, real bread, and pasta that doesn’t turn into a gelatinous lump, I wouldn’t trade a bite of that for how good it feels to not be sick all the time! While eating gluten free is a fad for some, it has become essential for my survival as someone with celiac disease.

Do you have celiac disease? How has your life changed since giving up gluten?